The Unequivocal Qualities of Claiming To Be The Best

Let me state first that I am not a supporter of Donald Trump. However, as a marketer, I am intrigued by his grandiose claims and statements that resonate with a marketing quality from which we all can learn.

When I was in high school, my friends and I would either bus (pre-driver’s license) or drive to downtown Minneapolis on Saturday for lunch and a movie. Our restaurant of choice was a little place on Hennepin Avenue called The Best Steak House. For five bucks we could get a T-bone steak, with salad, baked potato, and a Coke. We’d order at the counter and watch as the Albanian owner bludgeoned the steaks with a five-pound mallet, making them easier to cut with dull steak knives that could barely cut butter, and modestly chewable. Why didn’t he sharpen the knives? “I no want no one stabbing me,” Albanian Al would answer. “Why don’t you get better meat?” was met with the icy stare of Seinfeld’s Soup Nazi. 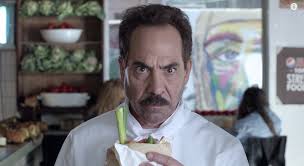 No, this was not the “best” steakhouse. However, it was the best we could afford, and we thought we ate like kings.

Mr. Trump is never shy about touting himself as “the best”, be it as a business person, golf course owner, or presidential candidate. He laces claims and promises with superlative adjectives like “huge”, “super”, “greatest”, “richest”, “best”, “really smart”, and likely more to come during this election cycle. Both scary and fascinating is that Trump’s bombastic rhetoric has vaulted him to the top of the Republican polls.

Why? Because he has claimed the high ground with his self-descriptive accolades. Anyone else spouting to be better, greater, or smarter while in the position of running from behind looks childish (Jeb!). Trump - the brand and all it represents, is brilliant marketing.

Golf courses are generally shy in their marketing efforts to espouse their qualities. Taglines like “A better place to play” is meek, weak, and ineffective compared to the bolder and more decisive “The better place to play.” It’s the difference between being indefinite or unambiguous. On most golf course websites and collateral, one has to look hard to find why one course stands out over another. If you look at enough of them, it becomes blindingly obvious that (1) golf courses don’t know what sets them apart from others, (2) they know but are too bashful to tell us, or (3) they know and don’t know how to tell us.

All of this points to one overwhelming conclusion – just like in war and politics, commanding the high ground reaps huge rewards. It is the best place to be. You’ll get super results. It’s the greatest thing you can do for your business. You’ll look really smart doing it.

Now go – tell the world you are the best. If you can’t, hire someone who can. You will like the results.

The USGA, handicaps, and playing with yourself

Leave it to the USGA to follow the lead of the National Football League and make rules not only more difficult to understand, but impossible to enforce as well. My friend Robert Harris, of the award-winning Golf Dispute resolution, has a humorous take on this latest development from Far Hills. You can read it here: http://www.golfdisputeresolution.com/?p=5408&utm_source=feedburner&utm_medium=email&utm_campaign=Feed%3A+golfdisputeresolution%2FtSrN+%28Golf+Dispute+Resolution%29.

Given this obvious level of mistrust, I think the score posting computers will soon have a virtual bible, upon which the golfer will place his left hand while raising his right and swearing to the truthfulness of his score. This, while the computer camera is capturing the process on video. Back in the Far Hills control room/command center, experts in body language, eye movement, and speech will attest to the golfer’s honesty. If they sense a lie, a sharp jolt of electricity will create a shock in the virtual bible, and a warning screen will appear giving the golfer one more chance to post his proper score. If he tries to post the same score again, or is detected as a liar, he’s tasered and banished to play nothing but unrated par-3 and executive courses. To be reinstated, he must successfully pass an online rules test. 100 questions. Any score under 100 fails.

And we wonder why more golfers don't have handicaps...

It's time to retire the shotgun

If the terror and murders of innocent people in Paris have not shocked you, you are too callous to understand why I am writing this blog entry. Stop reading now - I don't wish to insult your (lack of) humanity.
I am an advocate for stronger gun laws in our country. We don't seem to be able to stem violence any other way than to try and prevent those with violent tendencies or misperceived reasons to commit violence, from easily obtaining their weapon of choice - military grade automatic and semi-automatic weapons. I'm pretty sure that our country's forefathers, who brilliantly drafted our Constitution, did not have this in mind when they wrote the second amendment. If people want to commit violence and terror with the 20-gauge, single shot shotgun I had when I was younger, go for it. By the time they shoot, open, eject, and reload a new shell, there would be nothing left in the area to shoot. Or nothing left of them.
It is that shotgun image that got me thinking as I was preparing an email and web page for a client that is holding a Thanksgiving Day golf event. The "shotgun" start is ubiquitous in the golf industry lingo. It implies a simultaneous start of golfers placed on tee boxes around the course. It infers that a shotgun blast will be used to signify the start of play, that the head pro will stand next to the first tee with a 12-gauge pump and blast off a shell into the air, so all can hear.
Does this really happen? Maybe, at some unenlightened golf facilities. But I highly doubt it.
So it is that I had trouble typing out "shotgun" in the email and on the web page. I think it is time to eliminate the term from golf. We could use "Simul-start." Or "In sync-start" (with apologies to the boy band). Or "concurrent start." Maybe something more high-minded, like "synchronal start." How about "simul-tee", or "tee-sync." And there is always the clearly explanatory, "You're all going to tee off at the same time, on different holes."
I'm likely to be accused of stepping over the political correctness line. Too bad. The 128 people who died in Paris could give a flying fuck about political correctness. We can keep our minds in the '50s and '60s, or we can wise up to the realities of the world we now live in. In the grand scheme of things, eliminating "shotgun" from the golf lexicon is like removing a pebble from a beach. But, we have to start somewhere.
This blog was written without flying any miles on United.

How is it that, in both party's presidential debates, the key economic issue of income disparity is front and center, yet we have millions of golfers throwing away $2.49 (or more) just to reserve a tee time. The assumption is that our wonderful country is much wealthier than our politicos want you to believe. Either that, or all of the golfers tossing their $2.49+ into the void are all part of the 1%.

Two issues are at play here. First, American consumers are some of the dumbest on earth. How else can we explain how GolfNow has reserved over 13 million rounds (in 2014) at $2.49 each. Add EZLinks' 3-4 million rounds on TeeOff.com, and the tab adds up to about $50 million. Just imagine if that $50 million was back in the pockets of golf course owners. To quote Sam Cooke, "What a wonderful world this would be."

This takes us to the second issue - golf course owners and operators have allowed this to happen. They are to blame, for not effectively marketing that they have online tee times that cost nothing, ZERO, to reserve. Let's do a quick math exercise. You won't need a calculator to follow along.

Let's say our golf course, OMG Springs, has 2000 rounds a year booked through GolfNow. Take that 2000 times $2.49, and GolfNow takes nearly $5000 to the Comcast bank. How might OMG Springs have benefitted if those 2000 golfers had that $5000 to spend at the course, rather than throwing it away for something they just as easily could have done on the robust OMG Springs web site? That's a lot of beer and hot dogs, or range balls, or more rounds of golf. With that $5 grand, OMG Springs could have bought that one GolfBoard they so badly coveted.

It doesn't have to be this way. The effort needed to own your customers is not monumental. If you need help, call me. Otherwise, on those sleepless nights when counting sheep doesn't work, try imagining $2.49 flowing into your cash drawer, one drop at a time. Maybe, just maybe, you'll wake up to reality.

Don't let this be you:

This post also appears under "Bad golf emails", although I was tempted to create a new page, "Abhorrently bad golf emails." The email in question is from Andrew Wood. The accompanying example is from my former associate Jim Koppenhaver. I'm bringing both to task because these are grown, intelligent men who should know better than to use images of despicable, mass-murdering, despotic, evil incarnate figures of history to sell a product or help make a point.

We've all seen ads and emails designed to shock the senses, to make us sit up and take notice, and maybe take action. I'm taking action.

Using images of mass murderers, or brutal dictators in order to sell a product crosses the line of good taste, of human decency. Jim Jones led the mass murder-suicide of 909 followers in Guyana, in 1978. He convinced his devoted followers to drink Kool Aid (actually Flavor Aid) laced with cyanide. Until 9/11, it was the greatest single loss of American civilian life in a deliberate act. Jones was a despot, evil incarnate.

From: Tee Time Revolution <This email address is being protected from spambots. You need JavaScript enabled to view it. >
Date: Mon, Sep 28, 2015 at 1:51 PM
Subject: Don’t Drink Their Kool-Aid!
To: Any dumb shit who will read this

He's right up there with Hitler, who Pellucid used so gleefully in a recent Outside the Ropes: "Before we dive into more detailed explanations of the 11 Theses, I have to share with you a video forwarded to me this past week by a colleague who wishes to remain anonymous.  I think I can probably count on two hands the number of "chain" emails or "you have to watch this" videos I've forwarded in the past decade but this one had me crying I was laughing so hard.  It's Hitler's reaction to being informed of the NGCOA's TPP Guidelines.  Enjoy (I think this might also find its way into next year's SOI presentation intro in Orlando...):https://www.youtube.com/watch?v=u5om5Y3-ldw&feature=youtu.be."

Ha, ha, ha...let's use humanity's most evil and wicked people to sell our products and services. These images and videos might be okay to share amongst friends, in a social atmosphere. There is absolutely no place for it in the golf business. Or any business, for that matter.

Andrew Wood, Jim Koppenhaver - shame on both of you. It's strange to find you both in the same boat, the boat of human insensitivity.

This blog was written without flying any miles on United Airlines